The Best Load Cell Suppliers in Melbourne Carry Strain Gauge Load Cells. Shop at Weigh-More Solutions, one of the To Load Cell Manufacturers for the Best Quality 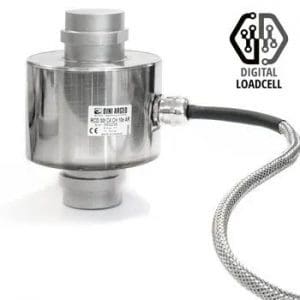 Weighbridges and industrial scales are essential pieces of equipment for any major manufacturing, distribution, or transportation company. Knowing the correct weight of a trailer or truck at any given time can be extremely important when scheduling shipping arrangements and is imperative if you want to avoid hefty fines and stay within the weight limits determined by law.
However, while weighbridges and scales are commonly referred to and well known, the unique units that measure the weight on a scale are obscure and unknown. Yet, these small, often overlooked pieces play the most pivotal role in the entire weighing process. These small components, also known as load cells keep Melbourne scales functioning properly and accurately.

The Different Types of Load Cells throughout Melbourne

A load cell is also known as a transducer, and it works by converting the force exerted upon it into a measurable electrical signal. There are three main types of load cells, though one type is gradually dominating the trucking industry.
Hydraulic load cells measure weight by gauging a chance in pressure. This pressure is measured as a piston compresses and triggers filling fluid, which is then transmitted by a remote indicator. These types of load cells are within a .25% accuracy range.
Pneumatic load cells are similar to hydraulic, in that they also rely on the force-balance principle. However, unlike hydraulic load cells, pneumatic load cells use numerous dampener chambers for measurement, which makes them more accurate than hydraulic cells. They are, however, slow to use and they require constant maintenance and upkeep.
Strain gauge load cells are the third and most popular option. These load cells convert an applied force into a measurable electric reading. Four cells are often used, with two in compression and two in tension. Not only are these load cells the most accurate of the three, but they’re also the most affordable. That’s why the best load cell manufacturers in Melbourne sell strain gauge load cells, rather than the other two varieties.

Shop Weigh-More Solutions, One of the Best Load Cell Suppliers in Melbourne

If you’re looking for one of the top load cell manufacturers in Melbourne, rely on our prestigious company. Not only do we offer some of the best quality load cells in the area, but we also only carry strain gauge load cells for maximum, trustworthy accuracy and reliability.
We know how important accurate weights are to the future of your business, which is why we firmly stand behind our well-designed load cells. Best of all, all our products are certified Australian made and never imported.
You want to buy weighbridge solutions, technology, and components from a company who wants to help your business flourish. For the best load cells around, reach out to our customer service team today on 1300 366 131.